Visit the website of the UMC in Romania (ro)

The UMC in Romania

After the political changes of 1989/1990, various mission activities led to the birth of many independent churches. Some of them even called themselves Methodists. But this Methodist work was discontinued almost everywhere. The roots of the current UMC go back to 1995, when an independent missionary from the USA with United Methodist background went to Cluj-Napoca. Together with his wife, he ministered to the people in this area, set up homegroups, distributed medicines and food, while bringing the good news by doing all this. The Romanian leaders of the churches in Micesti and in Cluj kept in touch with him after his return to the USA in 2006. It then became obvious that for sustainability and future growththechurchesshouldlookfor a church home. After visits, conversations, and prayerful consideration they decided in 2011 to join the UMC.In 2014 a third church was established in the city of Sibiu. The village ministry around Cluj-Napoca, including diaconal activities and humanitarian aid, is still a very important part of the work and provides many opportunities to preach the Gospel and to put love into action. 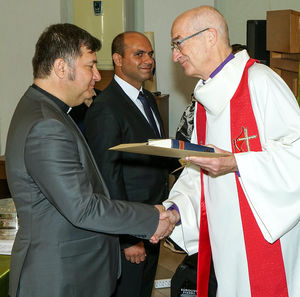 Growing in faith and acting out of love

This year's meeting of the Bulgaria-Romania Annual Conference was held from September 2-5, 2021, in Varna (Bulgaria). 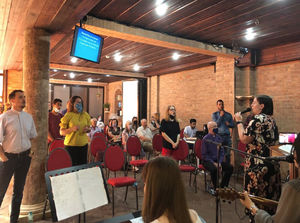 New Campus Community Center gets under way in Romania

On June 27, 2021, a long-held dream of the «Way of Faith» UMC in Cluj-Napoca came true, when there was the official celebration and blessing of the new Campus Community Center. 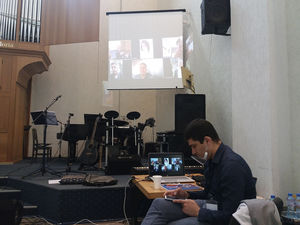 The 2020 meeting of Bulgaria-Romania Provisional Annual Conference will probably remain the only one in which all members from at least one country and also the bishop can physically participate. Bulgaria still has low numbers of daily new Covid-19 infections at the end of September. So, the Annual Conference met in a shortened form from September 25-26 in Varna on the Black Sea.
read more... 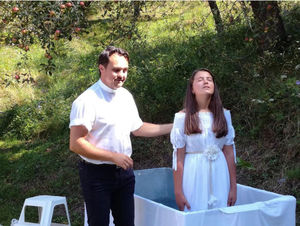 The small electric pump usually has an easier life serving the couple living in the house above the church room, but on Sunday, August 23, 2020, over 20 people had arrived on the freshly cut front lawn for a very special occasion.