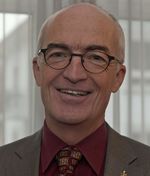 Dr. Patrick Streiff (* 1955 in Switzerland) is Bishop of The United Methodist Church (UMC) in Central and Southern Europe, an area, which comprises the countries Albania, Algeria, Austria, Belgium, Czech Republic, France, Hungary, North Macedonia, Poland, Romania, Serbia, Switzerland, and Tunisia.
After his studies at Reutlingen School of Theology (Germany) and at the University of Berne (Switzerland), he was ordained elder of the UMC in 1984 and served as pastor in Lausanne-Vevey, Neuchâtel, and Biel (all in Switzerland). In addition he served for 16 years as Director of Studies at the French-speaking Methodist Center of Theological Education in Lausanne and for 12 years as Lecturer in Modern Church History at the University of Lausanne.
In 2005, he was elected and consecrated as Bishop of the UMC. On May 1, 2006, he assumed office. In 2009, he was reelected as Bishop of the UMC for lifetime. He will retire on August 1, 2023.
During his time as bishop of the UMC, he assumed a number of leadership responsibilities on European and worldwide level – very often closely related to theological education.
He is author of several publications in German, English and French, among them Methodism in Europe: 19th and 20th Century and John Wesley: Le prédicateur et sa pensée théologique d’arès ses sermons.
Dr. Patrick Streiff, who lives in Biel/Switzerland, is married to Heidi Streiff, and they have four adult children. 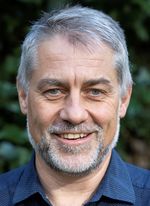 Dr. Stefan Zürcher (* 1967 in Switzerland) is Bishop of The United Methodist Church (UMC) in Central and Southern Europe - an area that includes the following countries: Albania, Algeria, Belgium, France, North Macedonia, Austria, Poland, Romania, Switzerland, Serbia, Czech Republic, Tunisia and Hungary.
After his studies – first at the ETH Zurich at the Department of Agriculture, then at Reutlingen School of Theology (Germany) – Stefan Zürcher was ordained elder of the UMC in 2003. He served as pastor of Rüti-Wald-Hombrechtikon UMC (Switzerland) from 2000 to 2015, before being appointed superintendent of the district of Northwestern Switzerland in 2015.
In addition, at the level of the Annual Conference Switzerland-France-North Africa, he was/is active, among other things, as a lecturer in Methodist theology in lay preacher training, as head of the crisis team of the UMC in Switzerland, and as a member of the working group "Prevention". At the level of the Central Conference of Central and Southern Europe he headed the working group "Theology and Ordained Ministries" for nine years.
Outside the UMC, he is active as an army chaplain for the Swiss army.
Stefan Zürcher completed his doctorate at the Faculty of Theology of the University of Zurich from 2005-2015/2019.
In 2022, in Basel (Switzerland), he was elected and consecrated Bishop of the UMC. He took office on February 1, 2023.
He is the author of the publication "The Formative Dimension of Prayer."
Dr. Stefan Zürcher, who lives in Nänikon (Switzerland), is married to Valérie Zürcher, and together they have four adult children.