Visit the website of the UMC in Switzerland (de)

The UMC in Switzerland 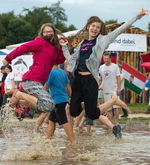 Today’s UMC in Switzerland was formed, after various unification processes, from three different Methodist movements. The Church grew and soon Switzerland was itself the source of missionary work. Men and particularly women were sent out to nearly all continents to do good works, to teach people about God, and to help build new congregations. This resulted in lively relationships, which have not ceased to exist till the present.

In addition to the ministries with children, teenagers, and youth the last third of life increasingly becomes the focus of attention of the congregations.

Furthermore, there are missionary activities and serving ministries at many places, and congregations are opening themselves by initiating programs based on the needs of people not affiliated with any Church.

The cooperation with other Churches is another important priority and is considered to be an active contribution towards a common Christian witness.

The fact that the Methodist work is carried out in an increasing number of languages is also distinctive of the UMC in Switzerland. Finally, the Church maintains close ties with various social and other institutions (Bethanien/Bethesda Charities, homes for the elderly, home for people with special needs, hotels, retreats). 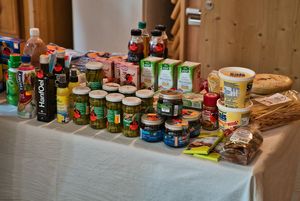 Two pastors in Davos have launched „Save our Food”, a project that prevents food from being thrown away. The echoes were very positive. And the two already have plans how they can even expand the Ministry.