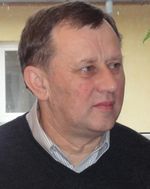 The United Methodist Church in Hungary has regained official state recognition, after having been removed from the list of «privileged» religious groups by Parliament in the summer of 2011. It is one of 18 churches and religious communities readmitted as «privileged confessions» on February 27, according to an announcement by the Rev. Istvan Csernak, superintendent of the United Methodist Church in Hungary, which is part of the Central Conference of Central and Southern Europe.

While freedom of worship is guaranteed in Hungary, state recognition, or «privileged status», affects religious communities in a number of ways, including eligibility for certain government subsidies, especially for schools. Government recognition of religious groups is the rule rather than the exception in large parts of Europe.

The United Methodist Church in Hungary traces its roots to the arrival of missionaries from Austria in 1898. Today it has 31 congregations with a constituency of 2,100, and 13 pastors, including three retired, according to 2011 data from the Central Conference of Central and Southern Europe.

In mid-2011, the Hungarian Parliament adopted a new church law that deprived some 300 small religious communities of the special status. That the United Methodists were among these came as a surprise. It was the only member of the Ecumenical Council of Hungary and only member of the Conference of European Churches to be denied such recognition.

Seventy churches and religious communities denied last year made formal requests for recognition. A series of legal appeals meant that the activities of The United Methodist Church were not interrupted, Supt. Csernak said.

A total of 19 were given «privileged» status in late February. Those included, along with The United Methodist Church, were Anglican, Adventist, Copt (Orthodox), Jehovah's Witness, Muslim, Hindu and Buddhist groups. A total of 66 groups were turned down and can reapply in one year.

Supt. Csernak expressed relief that the matter was over; he expressed deep appreciation for the international support the church received during the period of uncertainty.