Sharing the Gospel with Young People in Hungary

The members of Hungary Provisional Annual Conference met from April 25 to 28, 2019, in Óbuda (Budapest). On this occasion, they also celebrated the 20thanniversary of the new church building of Óbuda UMC. 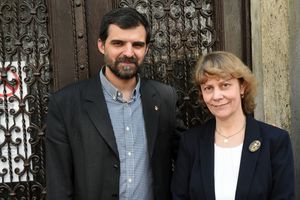 In many countries of Central and Southern Europe, the United Methodist congregations try, in an amazing variety of ministries, to be «Church for others» and to impact the respective society in a beneficial way. Sometimes, this also means to take a risk.

The 2018 gathering of Hungary Provisional Annual Conference took place from April 5 to 7, 2018 in Szolnok. It’s theme was taken from Ezechiel 37:14: «I will put my Spirit in you and you will live». 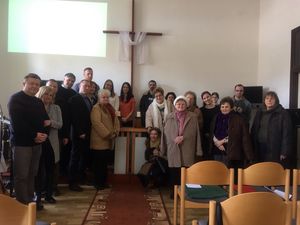 In February 2018, two fascinating weeks revealed that the United Methodist connection in Central and Southern Europe is alive – and that God’s providence is a reality, as well. Pastor Bence Vigh from Kaposvár UMC in Hungary reports about an unexpected answer to his prayers.