So that Steps Can Be Taken 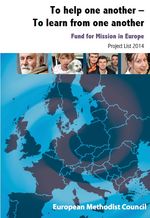 They were completely different. They did not know each other. But those who saw them quite accidentally could learn an important lesson.

The man was standing at a tram station, and from the way he looked at the city map hanging there, it was obvious that he was a stranger. He was so focused on finding his way to another part of the city that he did not realize that someone was observing him: Another man who looked as if the streets were his home, leaning against the wall of a nearby building and holding a cigarette between the yellow fingers of his right hand, did not avert his gaze from the stranger. Suddenly he shouted in a rather unfriendly manner: «What are you looking for?» Maybe the stranger did not understand him. Maybe he simply thought that the other man must have meant someone else. Anyway, he showed no reaction. The man at the wall shouted again: «What are you looking for?» Still no reaction. So he replaced the words without attempting to sound friendlier: «Where do you want to go?» Finally the stranger looked back – and received the guidance and help he was looking for.

The man leaning against the wall taught me two lessons: You don’t do justice to anybody if you draw inferences from a person’s appearance about his/her heart and about his/her ability to do good. And: Maybe it is easier to help someone if you dare to take a few steps towards the other person…

Looking at various ministries of Methodist churches all over Europe, I realize that many people have already learned these lessons. They see the God-given value of others even if they are different. And they don’t wait for the others to come; rather they take the steps towards them. An example from Serbia: Michaela, a socially excluded girl from a dysfunctional family, had the chance to join the kindergarten of Pivnice UMC. At the beginning the leaders were afraid of how the other children (and their parents) would react, because Michaela’s family had a bad reputation in the village. When she started to come, transportation to the kindergarten was a problem so that she could not attend every day. But when she was there, her eyes were shining, and all could see and experience her huge joy, love and thankfulness. It was a miracle how she was good from the inside in spite of the hard circumstances she had to face at home. She was often dressed in old clothes and was unkempt – signs of her neglect. But the leaders decided to fight for her. When her parents were unable to pay the monthly contribution, the leaders wrote the debt off. And at the end of the school year they could even finally reach out to her parents and share God’s love and hope with them, as well…

The Fund for Mission in Europe was established more than 20 years ago – as an instrument of Methodist solidarity between West and East. Since then it has further developed. The slogan «To help one another – to learn from one another» is not only a popular wish. Over and over, it proves to be a reality, as well. The new project list of the Fund for Mission in Europe, which has just been published, could tell many stories like the one about Michaela. And it provides you with an opportunity to do both – to help and to learn. But there is also something else: the mutuality becomes visible by the fact that, among others, the UMC in Hungary, Slovakia, and the Czech Republic also makes a contribution so that the Spanish Evangelical Church and the Portuguese Methodist Church can continue important programs.

Thank you for your prayers and donations by which you enable steps of faith, love, and hope all over Europe.