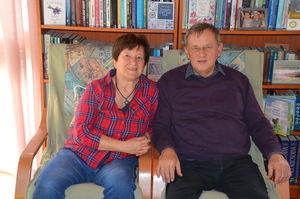 Retired UMC Pastor in Hungary Recounts Life in Ministry During, After Communist Rule

The call from Jeremiah to promote the welfare of the city serves as a life motto for the now-retired Hungarian pastor István Csernák. His service spanned more than four decades. In that time, he saw his country transition out of communism and toward a representative democracy. At the same time, his Church transitioned from one of reclusive worship to one able to openly share the Gospel of Christ.
read more... 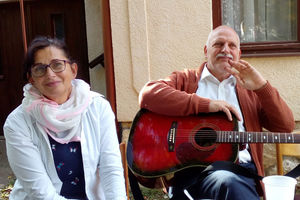 Recognizing God's work in the unexpected

You have to allow the unexpected to happen in order to fully understand the miracle of life, Paulo Coelho once said. Zoltán Kurdi, pastor of the UMC in Hungary, has probably been blessed by the unexpected too many times to contradict the Brazilian writer.
read more... 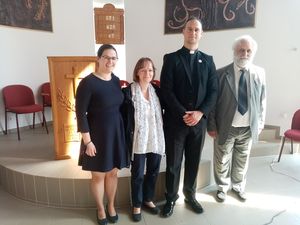 Reasons for hope and gratitude

This year's meeting of the Annual Conference Hungary was held in an abbreviated and hybrid manner due to Corona. There was a session of clergy members on Friday, April 23, 2021, and an abbreviated one-day session on Saturday, April 24, 2021.
read more... 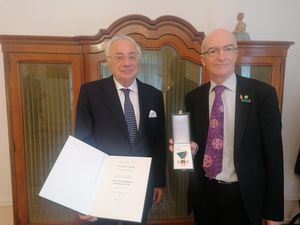 On Tuesday, October 6, 2020, Bishop Patrick Streiff was honored for his long-standing commitment to the people of Hungary with the country's highest State Order also awarded to foreign citizens: the Hungarian Order of Merit.