Visit the website of the UMC in Slovakia (sk)

The UMC in Slovakia 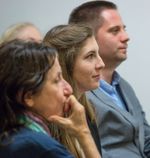 In 1920, US Methodist missionaries began their work in the then combined state of Czechoslovakia. They organized revival meetings, distributed Bibles, and helped people still suffering from the consequences of the First World War. In the following years, many local churches were established – first in what is now the Czech Republic, later in what is now the Slovak Republic. The church grew rapidly but also experienced politically and financially difficult times. Today, the UMC is very mission-oriented. This is clearly seen in its evangelistic programs, its youth ministry, and its work in the communications media. The social services for people on the margins of society (particularly people belonging to the Roma minority in eastern Slovakia) are another priority of the church work. The UMC is also very engaged in ecumenical activities (not least in regard to theological education) and stands for a common Christian witness. The UMC in Slovakia and in the Czech Republic is organized in a cross-border Annual Conference with two districts. 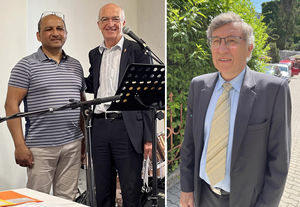 Annual conference in the tension between joy and consternation

The Annual Conference of the United Methodist Church (UMC) in Czechia and Slovakia met in Bratislava from May 19-22, 2022, under the motto: "Strengthen the feeble hands, steady the knees that give way!" (Isaiah 35:3). 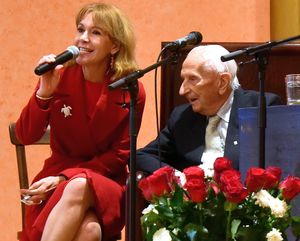 100+1 years of the UMC in the Czech Republic

This year's gathering of the Czech and Slovak Republics Annual Conference was dedicated to the 100th anniversary of the UMC in the Czech Republic. Actually, it was already 100+1 years, because the anniversary celebration had to be postponed several times due to the Covid-19 pandemic. And even now, on Saturday, November 6, 2021, it could be held only with a reduced number of visitors. 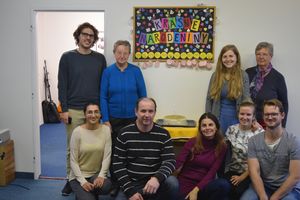 Missionary work for building up a church can be planned strategically. Sometimes however it only requires open eyes, open ears – and the readiness to follow a call.