Visit the website of the UMC in France (fr)

The UMC in France 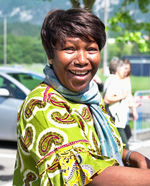 In 1791 Wesleyan missionaries came to France from Great Britain. In the following years more than 20 congregations came into being. However, most of them joined the French Reformed Church in 1938.

Today's «Union de l'Eglise Evangélique Méthodiste en France» was founded in 1868 in Alsace. This work was expanded to Southwest France in 1926. In 2005 the Methodist congregations, which did not join the French Reformed Church decades ago, were incorporated into the UMC. In 2008/2009 a group of United Methodists originally coming from the Ivory Coast joined the church, as well.

Today, important areas of emphasis of the UMC in France include working with children, youth, and women, evangelization, and a literature ministry. However, the congregations are also aware of their heritage of social service and take this mission seriously by helping people in need. At some places migrant communities (for instance Cambodian-speaking) meet in the buildings of the Methodist congregations.

Points of contact between Church and society include several institutions with which the UMC is affiliated: the Bethesda charity, five homes for the elderly; three centers for vacation, contemplation and renewal; and nine Protestant bookstores. 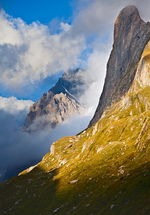