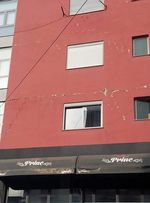 After it had been discovered, contrary to an initial visual inspection, that the building, in which Durrës UMC is housed, had suffered major damage as a result of the severe earthquakes, the building – like many others – was closed by the authorities. It can no longer be entered, and it is also uncertain whether the furniture owned by the local church can still be removed and further used. The congregation will therefore have to look for a new place to meet. On the one hand, this will not be easy, since a large number of buildings – if they did not collapse partially or completely anyway – have been closed by the authorities, as well. And a shortage of available apartments will also have financial implications on the search for a new home.

In the meantime, the UMC in Albania is trying to help people who have suffered material damage from the earthquakes, but who cannot apply for government or international support. On the other hand, the Church is looking exploring how to provide help for children and young people who have also been emotionally shaken by earthquakes and who need to find ways to overcome their fears and feelings of insecurity.