Registration of the UMC in Serbia 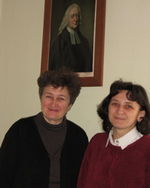 On Monday, February 5, 2007, the Superintendent of the United Methodist Church (UMC) in Serbia, Ana Palik-Kuncak, was invited to a meeting with the Minister of Religion of the Republic of Serbia, Milan Radulovic. During the short conversation the Minister of Religion presented her an official document confirming that the UMC in Serbia had been registered in the register of the Churches and Faith Communities in Serbia on January 29, 2007. This encounter was the happy ending of numerous considerable activities of the UMC in Serbia, the Conference of European Churches (CEC), the Community of Protestant Churches in Europe (CPCE) as well as other Church representatives in Europe. Thus the representatives of the UMC in Serbia were very joyful and deeply grateful.

This registration had become necessary after the Serbian President Boris Tadic had signed a controversial Law on Churches and Religious Communities on April 27, 2006. This law created the privileged category of the «Traditional Churches and Religious Communities» which consisted of five Christian Churches as well as the Islamic and the Jewish communities. Besides there is the category of the «Confessional Communities» to which - among others - the UMC in Serbia belongs. If these «Confessional Communities» do not successfully apply for registration and recognition by the State, they may not benefit from a tax exemption. But first of all they do not have access to health care chaplaincy nor to prison ministry nor to religious education at public or State schools. In addition they are not allowed to run schools, hospitals and homes.

Due to the now confirmed registration the UMC in Serbia is fully legally equivalent to the «traditional Churches and Religious Communities». This means that the Church does not only have freedom to organize the inbound activities but also has farreaching possibilities to serve the society.