A Word to our United Methodist Churches 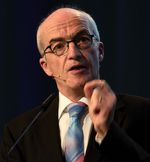 During a meeting on partnerships between United Methodist local churches in the United States and Central and Southern Europe, I heard the news of the terrorist attacks in Paris. We interrupted our meeting and prayed for the families of the victims, the wounded and the difficult intervention of the security forces.
Together with all people of good will, of whatever religious belief, we are horrified by the depth of violence despising human lives and finding pleasure in the death of others.
We are people who believe in Christ. Our life shall witness that Christ is the “Prince of Peace”. He has blessed those who make peace. This shall model our answer to the terrible attacks in Paris.
In a time when Islam is on the forefront of the news through violent extremists, we want to meet our Muslim neighbours with respect and honour and to let them feel that for us the love of God is offered to everyone.
In a time when refugees arrive in high numbers in our European countries, we want to support politicians and the civil society in offering them a place to live among us, be it for a limited or a long term, and without consideration of their religious background.
In a time when terrorist attacks reach Europe, we want to support those who help alleviate the refugee disaster in the Middle East, particularly in the countries around Syria, and also in many regions of Africa, whether through State development aid or non-governmental organizations.
As people who follow Christ, we promote an open, democratic and plural society. We do not condone the tendencies of nationalist radicalization in the States of Europe. As United Methodists we understand ourselves as part of the worldwide Body of Christ. In the face of violence, we are called to be peacemakers.