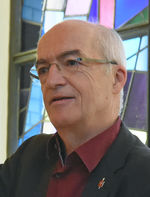 The controversial discussions within the worldwide United Methodist Church (UMC) on questions in regard to homosexuality led to a new development: an international working group, with the support of the Council of Bishops, published a proposal that includes a respectful separation of the worldwide church.

The proposal presented by the international working group was preceded by discussions involving church representatives from within and outside the United States. Opinion leaders from most groups with widely differing convictions were also involved. The unanimous agreement on a common proposal is the special thing about this situation. At the same time, this proposal is intended to replace all other separation plans that have been made known so far. It will be submitted for decision to the delegates of General Conference in May 2020 in Minneapolis, Minnesota.

The UMC opens up - a traditional part splits off
Central to the proposal now presented is the continued existence of The United Methodist Church as a church in which there will continue to be room for different forms of piety and convictions. With regard to the blessing of same-sex couples and the ordination of homosexual people, the existing church would open up, a step, however, that would not have to be implemented for all parts of the existing church. At the same time, the formation of a new traditionalist Methodist denomination is planned. This church will separate from the UMC and structure itself independently. To remain in the worldwide UMC, no votes are necessary at any level of the church conference structures. In case of a separation from the UMC, there are procedural ways with clear regulations. In addition, the agreement now presented includes the suspension of all disciplinary proceedings in which persons in the ordained pastoral or episcopal ministry are accused of violating the church rules.

Initiative from outside the USA
The proposal now published with the approval of the Council of Bishops is based on the preliminary work of a group of 16 persons. This group had been formed in August 2019 on the initiative of John Yambasu, the bishop of the UMC in Sierra Leone, and was above all also to bring the interests of the parts of the UMC organized in central conferences outside of the USA to the hearing. This group included representatives of the UMC from Europe, Africa and the Philippines as well as from the USA. Opinion leaders from various interest groups were also involved in these discussions. Under the guidance of a high-ranking mediator who had been involved in many complicated mediation processes in the USA, the group agreed on the proposal to be submitted to the General Conference for discussion and decision. This proposal for a respectful separation is "the best means to resolve our differences," according to the published statement. It would allow each part of the Church "to remain true to its theological understanding, while recognizing the dignity, equality, integrity and respect of every person”.